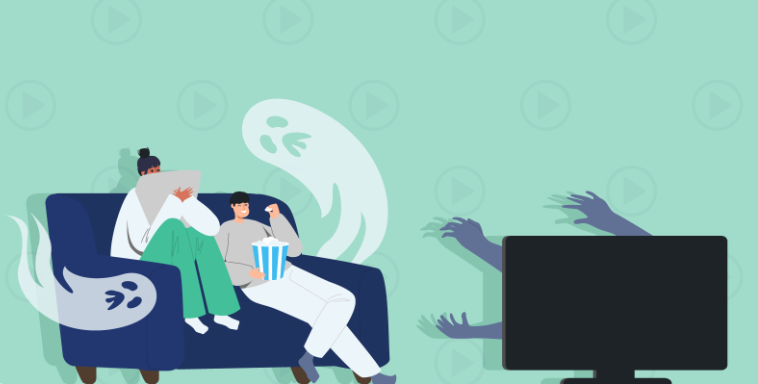 Are you in the mood for some Halloween content? AMC’s horror streaming service Shudder has been a blood-soaked blessing for horror junkies.

The service has managed to pool together the greatest horror movies and series of past and present on one on-demand site. From slasher films to psychological thrillers, supernatural horror to creature features, documentaries to original movies and series — they’ve rounded up a sinister collection of content.

Unfortunately, this gore-heavy streaming platform is only available in the US and a few select countries at the moment and hasn’t expanded globally. Due to geo-restrictions, the site is blocked outside of the US, Canada, UK, Ireland, Austria, and Germany.

If you’re not in one of those countries, you can still stream Shudder with just the click of a button. Are you ready for the scariest movies on Shudder and do you want to learn how to watch them worldwide? All you need is a VPN. We’ll show you how to set one up and how to watch Shudder anywhere.

They’ve also got a constant flow of hand-picked horror movies and series on their “TV channel” if you can’t decide what to watch on Shudder.

Where to Watch Shudder

There are a few ways to access Shudder. If you’re not in the US, you’ll need a reliable VPN for all of them.

If you’re outside of the US, Canada, the UK, Ireland, Austria, or Germany and want to try the horror streaming service, we’ll show you how you can use a VPN to do so

How to Watch Shudder Outside the US, Canada, UK, and Ireland

If you don’t have an IP address in one of the countries that Shudder does business in, you won’t be able to access all of their creepy content.

However, watching Shudder outside of the US and other designated countries is a breeze if you’ve got a VPN. VPNs assign you a new IP address from countless locations all over the world, which lets you unblock any content you couldn’t watch otherwise.

The best VPN providers have servers peppered across the globe, so you can take your pick at what country you want to connect to. If you want to watch all the best horror movies and series available online, just follow this step-by-step guide:

Important note: the terms of service of any streaming platform might include statements that forbid the use of a VPN to unblock content. At the time of writing, Shudder’s terms don’t mention anything about VPNs or other geolocation-altering services. However, terms of service can change, so check out this document yourself to make sure you aren’t accidentally going against Shudder’s user agreement.

On top of that, please note that if you don’t already have a Shudder account, and you want to subscribe, you’ll need a credit or debit card based in a region where the service is available. At the time of writing, Shudder only works in the US, UK, Ireland, Australia, New Zealand, Austria, and Germany.

The Top 2 VPNs for Streaming Horror Movies on Shudder

Choosing the right VPN is key to a good US streaming experience. Some VPNs have faster and more reliable American servers than others, and you want to make sure you can access American streaming platforms from strong ones, no matter where you are.

Here’s a quick rundown of our top 2 VPNs for streaming US content. All of these VPNs offer plenty of servers in the countries where Shudder operates and unlimited bandwidth. 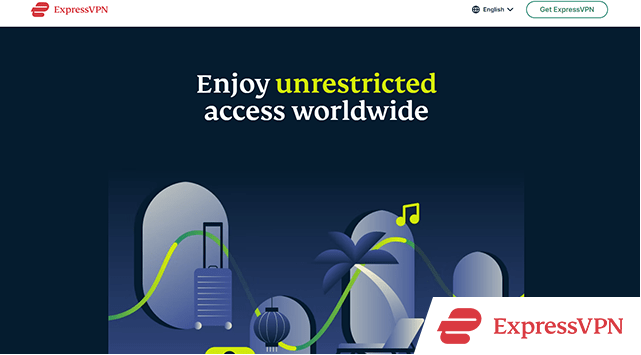 Whether it’s horror films and series, other streaming sites, or live sports, ExpressVPN is almost always a good option when it comes to unblocking content at high speeds. In addition to their huge network of global servers, they also switch up their IP addresses regularly so you’ll always have a genuine access point from the US.

The biggest drawback of ExpressVPN is that it is, by far, the most expensive of our top three choices. With Express, you’ll get an excellent premium app, and that’s also what you pay for. While it is not the most budget-friendly way to watch Shudder, it does give an excellent streaming experience.

In addition to streaming Shudder, ExpressVPN is the perfect provider if you’re looking for access Disney Plus, the BBC’s Player, or Netflix. It also offers excellent security features, protecting your online life while you stream the best horror shows of this moment.

Read our ExpressVPN review for the details of our tests. This provider also has an excellent 30-day money-back guarantee, so you can try it out to see if it’s a good fit.

2. Surfshark: International streaming on a budget 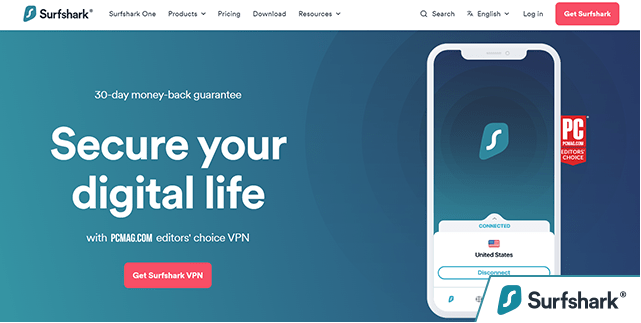 Surfshark may not quite beat ExpressVPN when it comes to streaming US-based content, but it comes dangerously close. Its low price and ability to get the job done make it an excellent second choice. If you’re looking for a cheap VPN that offers rock-solid streaming, you can’t go wrong with Surfshark.

When we ran Surfshark while streaming Shudder, it worked like a charm. Even if you happen to run into streaming issues, there’s a quick and easy fix: the Surfshark browser extension. Simply download this extra feature for your browser and use that to connect to a US server. When we did this, we were able to watch Shudder without any issues.

Surfshark has more than 500 servers in the US, doesn’t have a limit on the number of devices you can use it on, and offers good speeds for streaming. Any time we’ve used Surfshark for streaming HD content from the US, it’s proven to be a reliable VPN.

You can read more about our experiences with this cheap VPN in our full Surfshark review. If you want to give it a whirl yourself, Surfshark also has a 30-day money-back guarantee you can use as a free trial.

Can I Watch Shudder With a VPN?

Many streaming services block VPN users nowadays. This is because they know people use them to circumvent geo-restrictions. Some VPNs even offer measures that hide your VPN connection to get around any possible blocks. These measures include, among others, dedicated IP addresses and obfuscated servers. The VPN that we recommend most to watch Shudder with, ExpressVPN, offers both of these features!

Fortunately, Shudder, as of now, doesn’t seem to be as averse to VPNs as many other streaming services. We tested the service with various VPNs and were able to access the site without any issues with ExpressVPN, Surfshark, and ExpressVPN. We tested multiple servers in several of the six countries in which Shudder claims to be available (the US, Canada, the UK, Ireland, Germany, and Austria). With all of these servers, we easily got access.

The Best Movies on Shudder in 2022

What horror fan doesn’t like to be scared senseless? If you’re one of those horror aficionados who like to experience an entire horror story and all the thrill that comes with it in one scary session, Shudder’s movies have got you covered.

Shudder offers a regularly updated catalog of content. We listed some of the latest and best Shudder movies listed below:

Among the best movies on Shudder are also plenty of Shudder originals. Some of the best and most popular original Shudder horror movies are:

The Best Series to Stream on Shudder in 2022

If you like to ease your way into a terrifying story and watch it unfold over different episodes or even seasons, Shudder has some great horror series on offer. Some of the latest and greatest ones we want to recommend are:

Shudder shines when it comes to its original series. When we browsed through Shudder’s shows, it was almost difficult to find content that wasn’t original. That’s how many of Shudder’s scary series are originals. Here are some of the latest and best additions:

You can watch Shudder ad-free with a monthly or yearly subscription and get the unrated cuts. 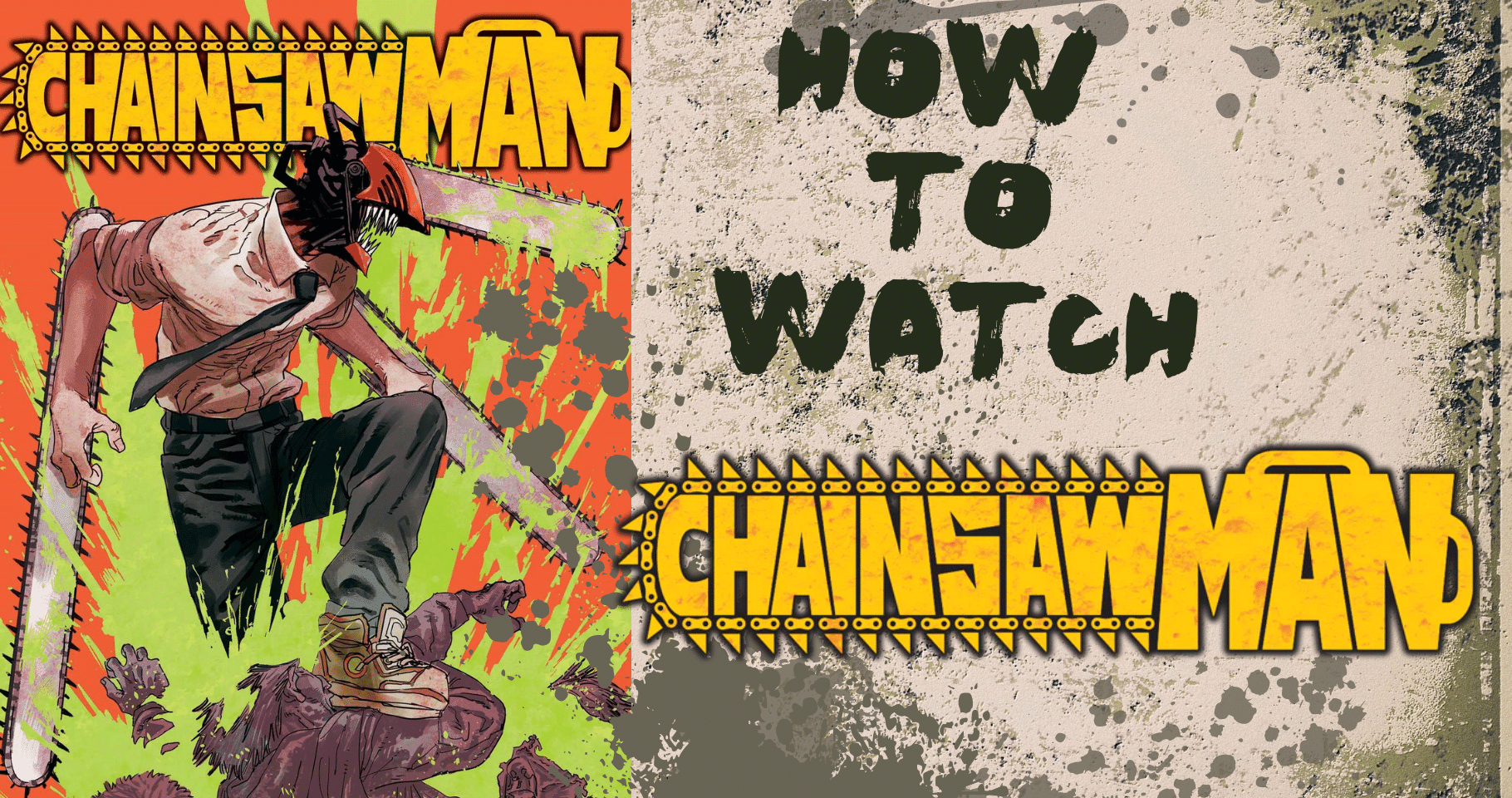